We welcome you and your guests for lunch and a presentation by Radenko Pavlovich the Artistic Director at Columbia Classical Ballet Company. 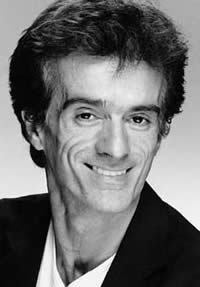 A native of Sarajevo, Yugoslavia, began his ballet training at the age of eight, after being selected by Yugoslavian officials for his apparent potential.

He was sent to Sarajevo Opera Ballet School, where he quickly advanced to the top of his class, earning him the privilege to attend the prestigious Vaganova Institute in St. Petersburg, Russia. In his final year, Mr. Pavlovich decided to broaden his horizons. He gained acceptance, and a full scholarship, to attend the Royal Ballet School in London, England, becoming the only foreign student in a highly elite graduating class.

Now at the beginning of his professional career, Mr. Pavlovich was distinctive for his striking talent and artistic ability.

Grand Ballet Master, Rudolf Nureyev, noticed him immediately, and went on to coach him personally in matters of technique and character.

Mr. Pavlovich began dancing with the Austrian National Ballet. He became a soloist with the Croatian National Theatre of Yugoslavia and London Festival Ballet, and later became a principal with the Munich State Opera Ballet, Ballet Casa Della Cultura in Equador, and Atlanta Ballet. After retirement, Mr. Pavlovich relocated to Columbia, where he opened the Pavlovich Dance School in Forest Acres. He discovered the need for a sophisticated classical ballet company in the area, so he responded by founding Columbia Classical Ballet. The company, from its inception, has been comprised of the highest-caliber dancers, qualifying Columbia Classical ballet as one of the most distinctive and reputable companies of its size. Company members have earned accolades at national and international competitions, and have danced as guests and residing artists throughout the world.