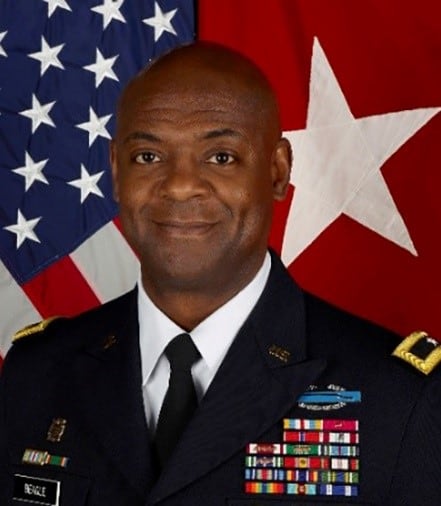 His key staff assignments include service as a planner and operations officer at battalion and brigade level, and as Chief Plans Branch, G3, Eighth Army, Republic of Korea. On the Joint and Army Staff, he served as the Joint Strategic Planner and later Executive Assistant to the Director, J-7, as well as the Division Chief, J-5, Joint Improvised Explosive Device Defeat Organization. On the Army Staff, he served as the Executive Officer to the Vice Chief of Staff of the Army.

Brigadier General Beagle is married and has two children, one an Army Lieutenant and the other a university student.