For our meeting Monday April 29th 2019 we will welcome the Honorable Judge Joseph F Anderson Jr.

On Monday we will have a special meeting as Judge Joe Anderson will be hosting a Naturalization Ceremony. At this ceremony, newly approved citizens will take the oath to complete the process of becoming a U.S. citizen. 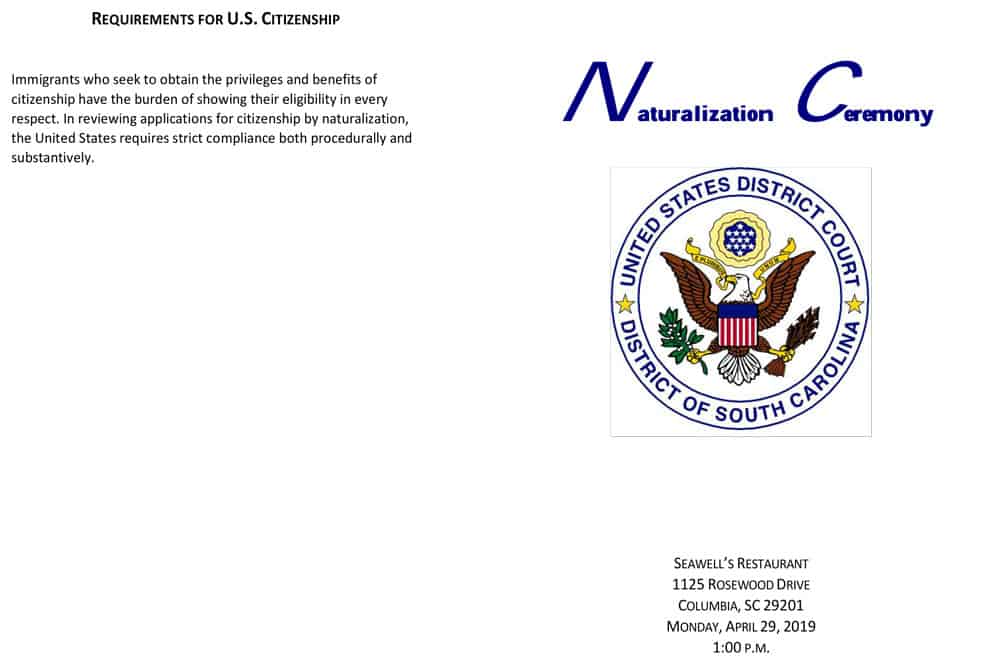 Joseph F. Anderson, Jr. was appointed United States District Judge by President Ronald Reagan in October 1986. Prior to that, Judge Anderson practiced law in Edgefield, South Carolina, and represented Edgefield and Aiken Counties in the South Carolina General Assembly. He is a graduate of Clemson University and the University of South Carolina School of Law.