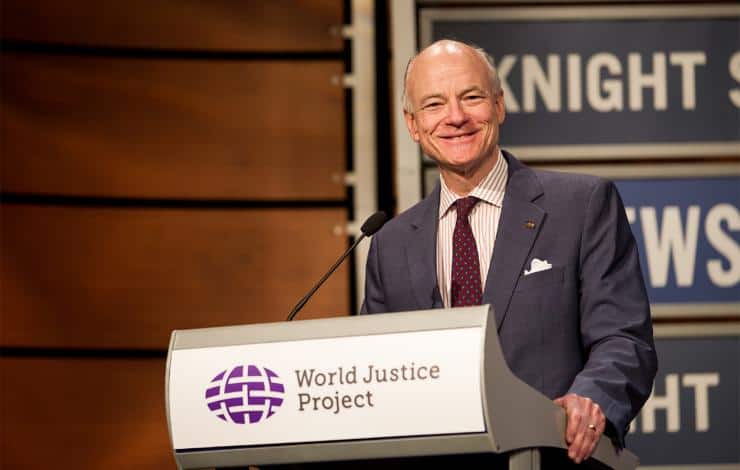 William C. Hubbard is Chairman of the Board of Directors of the World Justice Project.  He served as President of the American Bar Association in 2014-2015.  Mr. Hubbard previously served a two-year term as Chair of the ABA’s House of Delegates.  He is a past president of both the American Bar Foundation and the American Bar Endowment.  He is an Honorary Master of the Bench of Middle Temple in London.

In 2007, Mr. Hubbard received the American Inns of Court Professionalism Award for the United States Court of Appeals, Fourth Circuit.  In 2016, the Burton Foundation, in collaboration with the Library of Congress, named Mr. Hubbard the recipient of its inaugural “Leadership in Law” award.

Mr. Hubbard earned his B.A. and J.D. degrees from the University of South Carolina.  He was law clerk to U.S. District Judge Robert F. Chapman.  He is a partner with Nelson Mullins Riley & Scarborough LLP in Columbia, S.C. and Washington, D.C.