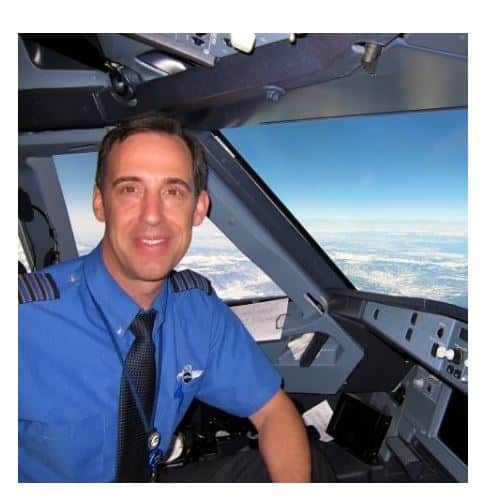 Jim Bigham is retired a USAF Lt Colonel, F-16 pilot and served 21 years of active duty. He is currently a Captain with JetBlue Airways flying Airbus 321/320 aircraft. He served as the first Chairman of the Air Line Pilots Association for JetBlue. While Chairman Jim served 4,000 pilots and their families and oversaw the first contract negotiation of an over $3 billion dollar pilot contract. Jim was also the Chairman of the board and founder of the Blue Pilot Fund, a non-profit charity that raised over $1.5 million that is used to help fellow pilots’ families in need.

Captain Bigham was an Eagle Scout, National Merit Scholar, and Distinguished Military Graduate of the USAF Academy. He graduated #1 in both his pilot training class and F16 class. He is a graduate of the USAF Fighter Weapons School and was the “Top Gun” of several units while on active duty. Jim is married to Amy Bigham and has two daughters, Tessa and Chloe.