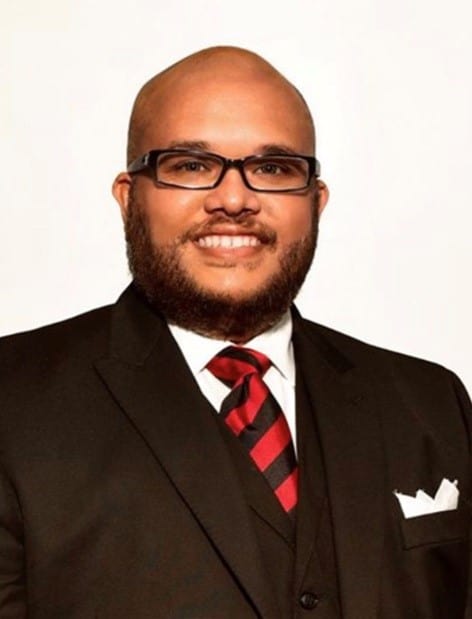 The Reverend Chris Leevy Johnson is the husband of Cynthia Richardson Johnson, the father of Leah Denise (Leevy) Johnson and Ian Samuel (Leevy) Johnson and the son of Attorney I. S. Leevy and Doris Wright Johnson. Born in Columbia, South Carolina, he is a 1996 Honor graduate of the University of North Carolina. While attending the University of North Carolina, he served as a Manager for the Men’s Basketball Team and during his senior year, he was the Head Manager for legendary Coach Dean Smith. He was also initiated into Kappa Alpha Psi Fraternity, Inc.

After graduating from the University of North Carolina, Reverend Leevy Johnson attended Gupton-Jones College of Mortuary Science, graduating with an Associate’s Degree in Mortuary Science. He has a Masters Degree and an earned Ph.D. in American History with a concentration in African-American Religion from the University of South Carolina. He served as an Adjunct Professor of African-American History and is currently the Chaplain for the Men’s and Women’s Basketball Teams at the University of South Carolina. A fourth generation funeral director, he is a Licensed Funeral Director and Embalmer and is the Managing Director of the Leevy’s Funeral Home.