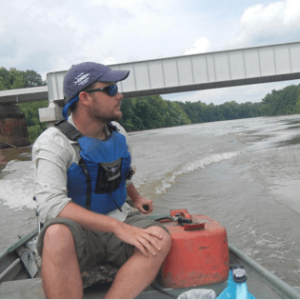 Bill has served as your Congaree Riverkeeper since 2011. He first moved to Columbia in 2005 from North Carolina to attend the University of South Carolina. In 2009, he graduated with honors and received his bachelor’s degree in geography. His studies focused on biogeography, landscape ecology, and river science, and he participated in numerous research projects on area rivers.

Before becoming the Riverkeeper, Bill worked for several years as a local river guide. In his spare time, he is an avid paddler, hiker, and general outdoor enthusiast.