For our meeting Monday March 15th 2021 we welcome Dr. Bobby Donaldson, whom serves as an Associate Professor of History and the Director of the Center for Civil Rights History and Research at the University of South Carolina-Columbia. 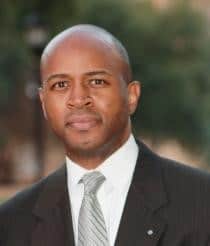 A native of Augusta, Georgia, Dr. Bobby Donaldson serves as an Associate Professor of History and the Director of the Center for Civil Rights History and Research at the University of South Carolina-Columbia. He received his undergraduate degree in History and African American Studies from Wesleyan University in Middletown, CT and his Ph.D. in American History from Emory University.

Professor Donaldson’s teaching and scholarship examine southern history and African American life and culture in the nineteenth and twentieth centuries. Presently, he serves as the lead scholar and director for the Columbia SC 63, a documentary project that examines the struggle for civil rights and social justice in Columbia and around the state of South Carolina.

During the course of Dr. Donaldson’s academic career, he served as a Benjamin E Mays-Andrew Mellon Fellow, as an editorial assistant for the Martin Luther King, Jr. Papers Project at Emory and Stanford universities, as a Thurgood Marshall Dissertation Fellow and visiting Assistant Professor at Dartmouth College, as a Fellow of the W. E. B. Du Bois Institute for African and African American Research at Harvard University, and as the Faculty Principal of Preston Residential College at the University of South Carolina.