For our meeting Monday May 17th 2021, we welcome Joel H. Samuels, Dean of the College of Arts and Sciences at the University of South Carolina 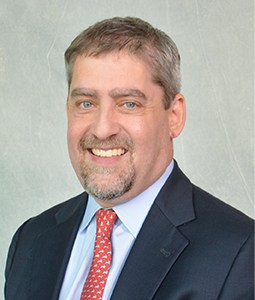 Joel H. Samuels became dean of the College of Arts and Sciences at the University of South Carolina in January 2021. He brings to the college a wide variety of experience in teaching, scholarship, public policy and leadership. He is committed to the broad education and insightful scholarship championed and made possible by the College of Arts and Sciences.

Dean Samuels previously served the university in a variety of posts, including professor of law, executive director of the Rule of Law Collaborative (ROLC) and interim vice provost for Interdisciplinary Studies. The UofSC School of Law student body honored him as the Outstanding Faculty Member for teaching excellence in both 2007 and 2016.

Dean Samuels’ scholarship explores the challenges and opportunities presented by changing notions of sovereignty, and his written work addresses international boundary disputes, maritime piracy and cross-border litigation. He is a lead co-author of one of the premier casebooks on international law, Transnational Law (West Academic Press). He also lectures extensively on litigation matters involving foreign parties involved in cases in U.S. courts.

Dean Samuels also has worked at the World Bank in both Washington (in the Office of the Vice President for Africa) and in Zimbabwe (at the African Capacity Building Foundation) focusing on capacity building in economic policy analysis and development management. During that time, he was a member of the World Bank team that drafted the Initiative for Capacity Building in Africa, a cornerstone document in the World Bank’s initial efforts in that arena. Before joining the World Bank, he worked extensively in Russia in the early 1990s on efforts to combat organized crime, and he was an observer of the Russian Constitutional Assembly in 1993. In addition, he has been a contributor to several Russian newspapers and magazines and a variety of African publications. During his time in private law practice at Covington & Burling, he was involved in the ad hoc arbitration of the Eritrea-Ethiopia boundary dispute and led the team that drafted a new Civil Service Code for Eritrea.