For our meeting on Monday July 29th 2019 we will be welcoming Ken Berry and his team from The South Carolina Historic Aviation Foundation. 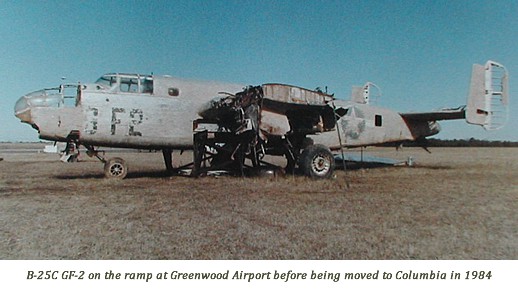 Ken Berry is Owner and Operations Manager at Berry’s Freight. He is a private pilot and aircraft owner. He shares a passion for preserving aviation history and in assisting youth in their aviation interests.

Ron served 3 years in the US Army and 28 years with the Army Reserve. After 32 years of Civil Service to include Ft Jackson, Prisma Health Medical Center Richland and Dorn VA Medical Center, he retired in 2006. Ron’s interest in aviation started as a child, taking his first plane ride in a Piper Tri-Pacer at the age of 10 at the Hamilton/Owen’s Field.

Katherine works at DXC Technology (formerly PMSC). She is a lifelong resident of Columbia who is an avid WWII airplane and military history enthusiast.

The South Carolina Historic Aviation Foundation was formed in 2010 to preserve the state’s valuable contributions to aviation, from its’ very beginning. So far; the compelling roles South Carolinians have played in aviation remain virtually untold, although involvement in both military and civilian flying began with the barnstorming years following WWII. They continued on to the very early speed, distance and endurance competitions, airplane racing, as well as other facets of the aerospace industry. At the center of the foundation is a very rare B-25C Mitchell medium bomber, one of only a few known C models still in existence.