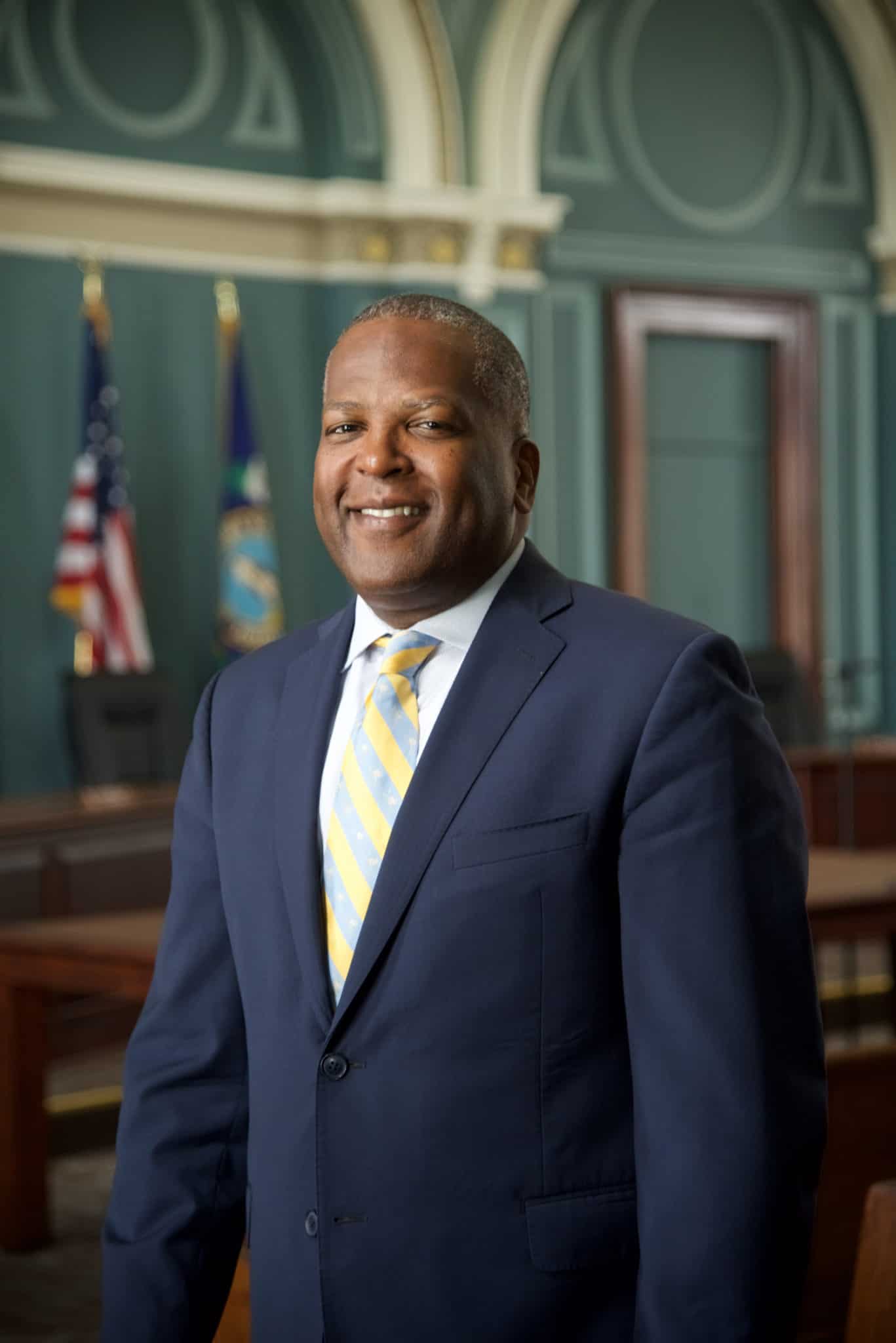 Mayor Stephen K. Benjamin
Since being elected mayor in a record turnout election in April 2010, Mayor Steve Benjamin has made it his mission to create in Columbia the most talented, educated and entrepreneurial city in America.His service in Columbia started back in 1990 when he served as student body president at the University of South Carolina, later becoming the Student Bar Association President at the USC School of Law.

At 29 years old in 1999, Benjamin was appointed to Governor Jim Hodges’ cabinet as director of the state’s second largest law enforcement agency, the Department of Probation, Parole and Pardon Services. Mayor Benjamin has continued his service to the community in serving on numerous boards for nonprofit organizations such as the Columbia Urban League, Benedict College, the Greater Columbia Chamber of Commerce and as a founding board member of the Eau Claire Promise Zone. He also served as a founding member of Choose Children First and chief legal counsel for Midlands Crimestoppers.

Combined with the rebirth of Main Street, these accomplishments have drawn national attention and accolades including his being awarded an Aspen Rodel Fellowship and receiving an Honorary Doctor of Humanities from Francis Marion University. He has twice been named to The Washington Post’s “The Root 100 List” (2011 and 2013) as well as the 2014 GRIO 100 and was honored to receive a 2014 Triumph Award from the National Action Network as their 2014 Public Servant of the Year.

As part of his commitment to fostering a world class police department in the City, Mayor Benjamin introduced the “Justice for All” initiative in 2014, which implemented new training, competitive pay, diverse representation and community engagement to strengthen the foundation of trust and accountability that exists between our communities and law enforcement agencies.

President Obama’s administration has also commended Mayor Benjamin on his work on behalf of My Brother’s Keeper (MBK). The city’s MBK efforts, in addition to Mayor Benjamin’s leadership, have led to Columbia being seen as a nationwide leader in implementing and upholding the missions of the program.

The Mayor was asked to speak at the 2016 Democratic National Convention, where he talked about the importance of instilling in his daughters that they can do anything they set their minds to, even becoming President of the United States.

In addition to serving as Mayor of Columbia, Mayor Benjamin also serves as President of the U.S. Conference of Mayors and as Chairman for Municipal Bonds for America. He teaches a class at the University of South Carolina Honors College titled “Columbia, South Carolina: Building a Great City” and is a member of Kappa Alpha Psi and Sigma Pi Phi fraternities.