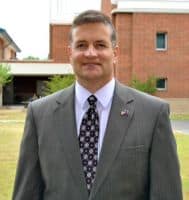 Colonel (Retired) Craig Currey is the Chief Executive Officer of Transitions, the Midlands largest homeless center located in Columbia, SC.  He began work there in April, 2012 after retiring from a thirty year career in the U.S. Army. His final posting was as the Deputy Commanding Officer of Fort Jackson, South Carolina—the Army’s premier Training Center.  Having spent much of his later career in Columbia, SC, he is now proud to call it home.

On Fort Jackson, he was also the Director of the Training Support and Schools Directorate (TSSD), the commander of Victory Brigade, the commander of 2-39 Infantry Battalion, and the Chief of Training on post.  These positions encompassed Basic Combat Training (BCT), Advanced Individual Training (AIT), support functions, and services for Soldiers.

Overseas, he was the Chief of Staff for Task Force 134 in Iraq working theater detention operations for Multi-National Forces-Iraq in Operation Iraqi Freedom, the Chief of Exercises for U.S. Army Europe in Heidelberg, Germany, a platoon leader in Korea, and deployed to Haiti as part of Operation Uphold Democracy.