For our meeting Monday March 11th 2019 we welcome Elliott Daniels who is an Assistant U.S. Attorney for the District of South Carolina. 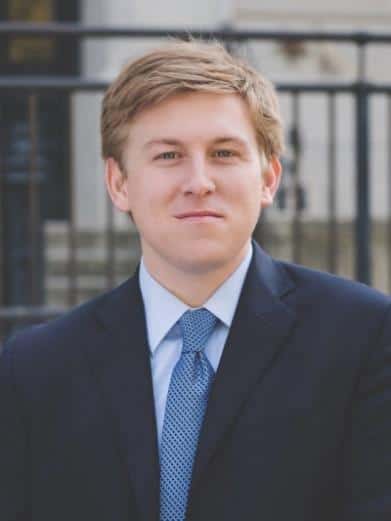 Elliott Daniels is an Assistant U.S. Attorney for the District of South Carolina, where he prosecutes violent crimes and human trafficking, among other Federal criminal offenses. Prior to this service, he practiced in the area of civil defense, where he lead a statewide law firm’s pro bono practice group providing direct representation to victims of human trafficking.

He also co-founded and chaired Legal Assistance for Survivors of Trafficking, which provided legal counsel and representation to 41 survivors of trafficking since 2017. He led the Legal Innovation Subcommittee on the S.C Human Trafficking Task Force until December 2018 and has served as a S.C. Delegate to a regional Federal workgroup coordinating states’ best practices in their response to human trafficking.

Elliott obtained his undergraduate and law degrees from the George Washington University, and he studied law at Oxford University, where he received a certificate in international law. Elliott and his wife are natives of the Lowcountry, and they now live in Columbia with their two-year old daughter and one on the way.