For our meeting Monday Sept 13th 2021 we welcome Autumn Phillips and Robie Scot of the The Post and Courier. Focus: To discuss the formation and impact of The Post and Courier Public Service and Investigative Reporting Fund. They will provide of an overview of the fund, discuss our successes to date, share our vision for the future and answer questions.

Autumn Phillips has been named the new executive editor of The Post and Courier, bringing a creative spirit and a wealth of leadership experience to the newsroom’s top job. Phillips has served as The Post and Courier’s managing editor for 3½ years. She will succeed Mitch Pugh,
who is leaving the state’s largest newspaper to become executive editor of the Chicago Tribune. She assumes her new duties on Aug. 27.
“Autumn is a natural successor to lead our newsroom,” Publisher P.J. Browning said. “We were very fortunate when she accepted the job as managing editor three years ago after leading three of her own newsrooms. She is an integral part of our day-to-day news operation and we are excited to have her in
this position.” A Wyoming native, Phillips has played a pivotal role at The Post and Courier since arriving in February 2018. She previously worked for Lee Enterprises, serving as the executive editor at papers in Idaho, Illinois and most recently at the Quad-City Times in Davenport, Iowa. In Charleston, Phillips quickly immersed herself in the community, making it her mission to understand its people, history, culture and issues. She has led the newsroom’s daily operations and overseen major initiatives such as Rising Waters, the climate change series that was named a Pulitzer Prize finalist this year.
Phillips also has been instrumental in building The Post and Courier’s Investigative Fund, its upcoming three-year Education Lab and internal writing programs for professional growth. “The years I’ve spent as managing editor at The Post and Courier have been a dream job for me and I’m more than excited to be given the chance to continue at this paper and in this city in a new role,” she said. “This is an incredible newsroom with a talented, creative staff that has a sense of purpose and a passion for great storytelling and deep investigative journalism. I’m looking forward to many more years of being a part of it.” Phillips worked closely with Pugh as he guided The Post and Courier through a period of growth and statewide expansion. He significantly grew digital subscriptions and fostered a culture of investigative journalism that held public officials and institutions accountable. The newspaper won numerous accolades during his tenure, including the 2015 Pulitzer Prize for Public Service — journalism’s highest honor. Phillips was initially named to succeed Pugh on an interim basis when he announced his departure on Aug. 10. But newspaper executives quickly moved to make the assignment permanent, opting to forgo a national search in favor of keeping Phillips at the helm. Pugh applauded the decision. “This is great news for The Post and Courier and the people it serves across South Carolina,” he said. “Autumn is a fierce, talented editor and a creative force. There’s no one better suited to lead this new organization into the future.” 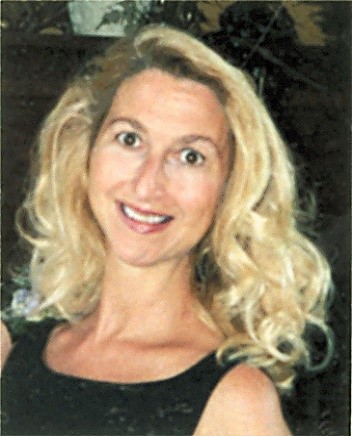 Robie (pronounced Robbie) Scott is a 33-year veteran of The Post and Courier in Charleston, South Carolina. She currently serves as Director of Development and Community Relations and oversees fundraising for The Public Service and Investigative Fund and trade negotiations. During her tenure with the newspaper she has also worked as Director of Educational Services, Audience Development, Community Engagement and Assistant Director of Corporate Communications. In addition to working for The Post and Courier, she was employed by The Citadel Military College as an adjunct professor, and provided consulting services for a variety of U.S. and international newspapers. She was elected to the South Carolina State Board of Education in 1997, and served as a Commissioner on the Mayor’s Council for Children, Youth and Families. She is chairman of the Sullivans Island Election Commission. She is an active Rotarian (Historic Rotary Club of Charleston) and represented District 7770 as a Group Study Exchange Ambassador in Scotland. She serves as a board member for a variety of other non-profit organizations. She enjoys boating and jogging, and “anything outdoors.” She and her husband, Matt Decell are residents of Sullivan’s Island, S.C. which she refers to as “heaven.”