For our meeting Monday, November 5, 2021 we welcome Meg Kinnard Hardee, a political reporter for The Associated Press based in South Carolina. 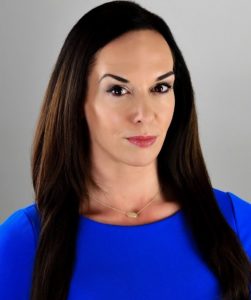 Meg Kinnard Hardee, who bylines as “Meg Kinnard,” (ken-ARD) is a political reporter for The Associated Press, based in South Carolina.  A native of Memphis, Tennessee, she grew up in a political family and received a BSFS in International Politics with a concentration in International Security Studies, from the School of Foreign Service at Georgetown University in Washington, D.C.As the only grandchild of longtime Democratic U.S. Rep. Ed Jones, Meg gained early political exposure by paying many childhood visits to Washington, D.C.

She interned for the Tennessee Republican Party, served as a House Page for Democratic U.S. Rep. John Tanner when she was in high school, and interned for the United States House of Representatives Committee for Government Reform. At Georgetown, Meg joined the College Democrats and College Republicans. This diverse political exposure would prove helpful when her desire to work for the CIA was altered after she joined the staff of the Georgetown Independent – a decision that changed her career plans.

After an internship with The Washington Post, Meg worked as an assistant editor at National Journal. A chance conversation at a bar in Columbia, South Carolina, led to a career with The Associated Press, where she’s in her 16th year at what she considers the greatest news organization in the world. In 2008, she was awarded AP staffer of the year.

Meg prides herself on being truly unbiased and has a knack for seeing through spin on all sides of the aisle. Meg and her husband have three children and live in South Carolina, where they someday plan to retire.